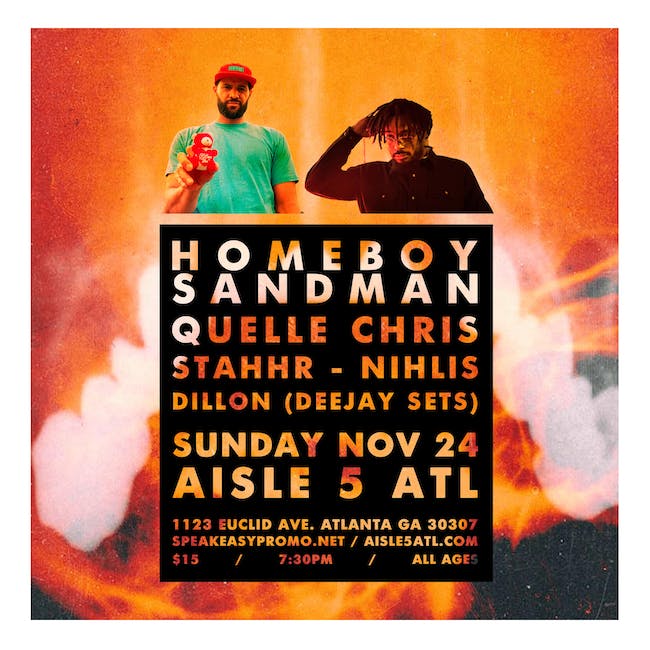 Picasso claimed that the purpose of art is to wash the “dust of daily life off our souls.” Homeboy Sandman asks on Dusty, “Why would I complain when I’m alive making art?” In the course of his Mello Music debut, the Queens virtuoso answers himself with 15 soul-assessing confessionals that sweep the entropy and daily static, the distortion and psychic silt of modern life onto wax. This is sacred dust, alchemical practice to convert anxiety into the highest form of creativity. It is rapping ass-rapping rapped better than your favorite rapper.

Let Sandman tell it: the sound is dusty. These bars are his id. He’s not trying to save the world on this record or even save himself. These are the unmasked impulses and desires locked away for a long time -- some of them from before he ditched the legal world for decapitating mediocre MCs. On Dusty, he says “ I unlocked myself and let them out -- dusted them off -- for better or for worse.”

Of course, it’s infinitely for the better. This is a therapy session without coming off remotely indulgent. Sandman remains both the master carpenter and architect, writing verses with lapidary precision, inventing new flows and cadences at brilliant angles that no one knew could be found.

This is the latest chapter for one of the most storied underground rappers of his generation. A versatile talent who has checked every last box: Unsigned Hype in The Source, Chairman’s Choice in the XXL. Rolling Stone hailed his songs as dense and word-drunk, spilling past the margins, demanding repeat listens as he re-works rap forms and functions into something truly personal.” Pitchfork said that in the all-star game of the new subterranean, “he is the guy with flawless fundamentals, wearing his socks high and his cleats sharp and polished.” His solo catalogue is sterling and over the last two years he’s mastered the group dynamic in tandem with fellow legends Aesop Rock and later, a brilliant psychedelic slab done in union with Edan.

It’s all on display on Dusty. Pick almost any track and you’ll hear the synthesized fusion of four elements hip-hop and Jamaican toasting, Nuyorican flavor and an experimental dead bent to expand the parameters of language. When you listen to Sandman, you hear the echoing boom of the South Bronx park jams of Kool Herc, the avant-garde wild style of Rammellzee, the technical perfection of Rakim and Big Daddy Kane, the infectious jazz hymnals of A Tribe Called Quest.

Produced entirely by Mono En Stereo (formerly known as El RTNC -- the moniker used when he produced Sandman’s Kool Herc: Fertile Crescent), the beats rumble and snap, the basslines are rubber-thick and funky, the drums rugged as a butcher knife haircut. Sandman boasts the kinetic gift to tailor his flow to each, his voice an instrument in his own right -- able to switch between conversational and wrathful, debauched lothario and philosophically righteous. There’s “Far Out,” where he kicks off the album wondering if he’s better off living in Siberia, then references breakdancing on cardboard, the Never Ending Story, and how the smell of boiled eggs reminds him of the Queens Halloweens of his childhood. “Noteworthy” finds him suffering from insomnia trying to figure out which rules to break and risks to take. He proposes toasts for the spirits and ghosts and flips old MC Lyte lyrics into modern koans. “Yes Iyah” finds Boy Sand boasting about clutching mountains by the peak over a tribal polyrhythmic breakbeat, kicking a pyroclastic flow that would even make Black Thought offer a bow in tribute. There are raunchy sex raps and existential midnight of the soul wanderings alike.

It amounts to a clarion statement of purpose, the arena stepped into and all challengers vanquished. Rap containing multitudes and cosmic dust. Exact as a science, loose as an improvised spiritual. 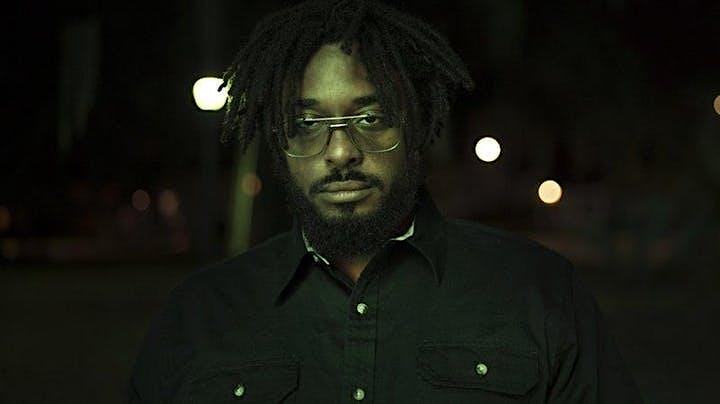 Every time a shooting makes the news talking heads pop up in small boxes and make loud arguments about how we shouldn’t rush to politicize what just happened. After all, the heads argue, guns don’t kill people. People kill people. But how true is that? Are the tools we use simply tools, innocuous until we give them meaning? Or are the things we surround ourselves with –– the things in our arsenal –– begging to be weaponized, for good or for evil? Guns, the new album from the critically acclaimed rapper and producer Quelle Chris, is a careful study of all these questions, an urgent record for urgent times.

“Guns is an arsenal of both sounds, styles, and subjects, Quelle says, taking a thorough look at “the words we say, what we fear, how we love, how we live, what we ingest, what we believe in, who we idolize, shit like that.” To this end, the New York by-way-of Detroit savant attacks his topics from multiple angles: there’s the jagged, minimal “Obamacare,” which plays like a confrontation, but there’s also “Wild Minks,” where Quelle and the enigmatic New Jersey rapper Mach-Hommy spin silk out of the softest textures in their parents’ record collections. In the service of examining big ideas with grave consequences, we get to hear a master technician deploying every piece of ammo he has.

In times that are often beyond parody, Quelle has never been a writer to shy away from the absurd. But Guns is dotted with references to the very real, painfully ordinary fates that might befall us –– be they getting gunned down in church on a Sunday or simply being forgotten by our friends after we’re gone. In preparation for both, Quelle lays his psyche bare. Maybe his identity is best summed up by the three-word descriptor he gives himself toward the record’s end: “handsome, black, and headstrong.”

Quelle handles the vast majority of production duties himself, with assists coming from Dane and Chris Keys. Guns covers sonic ground quickly: it opens with the skeletal creep of “Spray & Pray” and closes with “WYRM,” which is sweeping and contemplative. In between there are detours to the lush and playful (“PSA Drugfest 2003”) and to the grim and digital (“Mind Ya Bidness”). As always, Quelle delivers music that’s innovative and idiosyncratic without sacrificing the gut-punch of more commercial releases; in fact, there are moments when Guns rattles trunks like few rap LPs in recent memory.

Slated for release via Mello Music Group on March 29, Guns marks Quelle’s fifth record for the label in the past three and a half years. Where some artists saturate the market, hoping that a hit here or there will buoy their commercial profile, each Quelle Chris album is distinct and fully-realized: see 2017’s Being You Is Great, I Wish I Could Be You More Often, an off-kilter probe into the ways we see ourselves, or see last year’s collaboration with Jean Grae, Everything’s Fine, which was biting satire for the dawn of a new dystopia –– and which was adored by critics, being named to ‘best album of the year’ lists by countless publications, including Pitchfork, The Wire, and Bandcamp, who dubbed it the best album of 2018.

Guns is not content to rest on those laurels. “My goal with this and all albums is to create pieces people can enjoy, start to finish, for decades to come,” Quelle notes, fully aware that in a fractured, streaming ecosystem, any shard of your identity released into the world might be the lone artifact that survives. This is a record that is constantly aware of the peril all around us, but instead of shrinking in the face of that knowledge, it reasserts its creator’s identity. Aided by excellent guest turns from the likes of Jean Grae, Denmark Vessey, Cavalier, Mach-Hommy, Bilal Salaam, and more, Quelle Chris has delivered perhaps the most pointed, most personal, and all-together perfectly crafted album of his career.

You can now order, add and favorite Quelle Chris’ Guns at your preferred DSP: http://smarturl.it/GunsGunsGuns