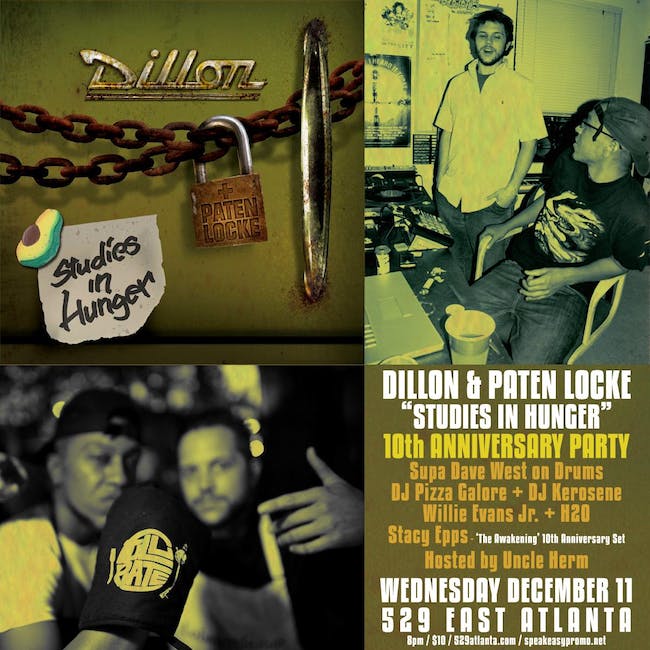 A celebration for the first vinyl release and 10 year anniversary of Dillon’s, ‘Studies in Hunger’. Originally released in 2009 on Domination Recordings, 'Studies in Hunger' is the debut album of Dillon and is produced entirely by Paten Locke (RIP). The album features Chuck D, Cool Calm Pete, Stacy Epps, Supa Dave West, Akrobatik, H2O of Massinfluence, Willie Evans Jr. & Lady Daisey - as well as scratches and multiple verses and appearances from Paten. When Domination Recordings folded in 2013, it led to Dillon and Paten Locke forming their own imprint, Full Plate, to release the album onto streaming services. Now in 2019, after a painstaking remastering and mixing process from the original stems, the album is getting the vinyl pressing it deserves.